1. Describe your involvement with the coop.
I met Linda at a local sociocracy event and joined with her on working to expand collaborative practice s and governance work. I was invited to help in some group facilitation and also to join as a member-owner.

2. Do you have any other relevant experience?
I have had many varying experiences with collective work and responsibility and cooperative lifestyle and economics across my lifetime. My father was the first person who taught me about alternative currency and exchange or barter. He was a veterinarian. Living in different cities as an adult I have patronized, supported, and worked at food co-ops:Nashville TN - sunshine grocery, country life Knoxville TN - Knoxville community food co-op, three rivers market Summertown TN - the farm store Atlanta GA - sevananda Jackson MS - rainbow natural grocery cooperative Asheville NC - west village market, french broad food co-op, firestorm cafe, Ujamaa Freedom Market (co-founder)
​
3. What should the coop's role be in the broader community?-model of community unity-model of collective work & responsibility-model of cooperative economics-model of shared ownership & shared power-facilitator of accessible community ed & lifelong learning-facilitator of food justice work-facilitator of anti-racism & anti-oppression work

​1. Describe your involvement with the coop.
After hearing rumors about efforts to build a food coop in Grand Rapids, my husband and I decided to that our household should join in the summer of 2016, and that I would be ready to volunteer time and energy to see the project through to its fruition. I have regularly attended almost every meeting since then. In September 2016 I was nominated to be the facilitator for what is now the Outreach circle, which primarily involves disseminating information about the food coop initiative and signing up new member-owners.

2. Do you have any other relevant experience?
To this end I have organized presentations, hosted pop-up information sessions, tabled at Veg Fest and the Fulton Street Farmers Market and Eastown Bizarre Bazaar, sent messages to folks who have signed up, created promotional videos, contributed regularly to our social media, helped with ad campaigns and newsletter copy, and dedicated countless hours to speaking and messaging potential member-owners and volunteers. I continue to do many of these things as you read this statement. The potential to build a cooperatively-run grocery store in Grand Rapids makes these efforts worthwhile, and I would like to continue to work for the food coop by serving on its Board.

3. What should the coop's role to be in the broader community?
For me, a cooperative can be a special kind of business, one that fulfills its mission through the active participation of its owners — and the recruitment of more stakeholders — by creating a community space centered around a very basic need: food. To me that means efforts and outreach to ensure access to nutritious food at reasonable prices, to fulfill the needs of all members of the greater community. It requires support for sustainable and local agriculture, keeping the economy of West Michigan as well as the ecology of our planet in mind. I also believe that the coop should be a public space where, over a meal or a beverage, people can commune to build stronger ties, whether through educational programming, activism, the arts, or simply conversations among friends. That is, I imagine the food coop as a site of community interaction and nourishment, with inclusivity and openness at its core, whereby success is measured not only by sales figures but also by the positive effects of the store on the food options of the surrounding community.

1. Describe your involvement with the coop.  My involvement with the Co-op centers around a desire for Black residents to take advantage of becoming owners in a consumer market that is a staple of everyday living, food purchases. I have been an advocate of Black business ownership for all of my adult life. I am an avid supporter of consolidating business ventures through joint ownership as individual  efforts by Black entrepreneurs have encountered many systemic obstacles toward viable success. This has led to a real lack of Black business ownership within their communities. Factors such as lack of capital investment and trust in partnerships have also contributed to this problem. I look at the Co-op model as a means to help overcome this cultural obstacle. This is why I have joined.

2. Do you have any other relevant experience?  I have previous business experience in some very relevant areas. I have worked as a successful Business Development Specialist for Muskegon County. I assisted with the startups of several minority owned businesses as well as majority owned small businesses. I have also been a business owner. I have worked as a department manager successfully for a major chain retailer, Meijer Corporation. I have been an Executive Director for the Diocese of Grand Rapids Black Catholic Caucus with outreach duties as well as personnel management. I currently serve as Chair of the Brown Hutcherson Ministries Trustee Board. I retired from Sun Chemical Corporation as a union employee and was a union rep and also served as the President of our local, overseeing bargaining negotiations and member representation. I am a U.S. Army veteran that served as a personnel management specialist in an Explosive Ordnance Disposal Chemical Biological Nuclear Unit. I also have been trained and served for 25 years as a first responder on an Emergency Response Hazmet/Hazwoper Team while at Sun Chemical.

4. Are there other statements relevant to your candidacy that member-owners should know? I am a dedicated Christian Servant. Thank you for your consideration for the privilege and opportunity to become a part of this Board.

​Katy Johnson-Kozal
​
1. Describe your involvement with the coop. I joined the GRFC in the Spring of 2018 and jumped right in.  I attended the circle meetings regularly and chaired the first annual Co-Op Grow-Op held in 2019.   Ownership, awareness of the co-op, and its mission for the community grew as a result.

In 2018, I became part of the Top Circle to fulfill the remainder of another member’s term. Recently I have become the TC liaison to the Outreach circle.  I have assumed the role of scribe in that circle.

I have had the honor of attending training seminars in leadership development, growing our co-op within the community, and marketing development.  Tabling at events, spreading the word and engaging in conversation whenever possible, has also been a part of my involvement.

2. Do you have any other relevant experience?
Earned a BS in Business with emphasis on Leadership Management
~ Earned an Associate’s in Small Business
~ Owned a successful small business
~ Worked for AC Nielsen in marketing research
~ Held a retail position at Harvest Health
~ Worked at University Hospital in the Dietetics department
~ Remain a volunteer advocate for folks in need of support and resourcing in medical and legal issues

3. What should the coop's role to be in the broader community? It is vividly apparent to me that communities must strive to become largely self sufficient in our ever-changing economy. Establishing a centrally located food co-op that:
> Strongly supports and networks for local businesses
> Partners with local and area growers employing ethical farming practices
> Provides healthy, affordable, and just food access all people within that community
> Is an ESSENTIAL component of a healthy, self-sustaining community.
It must also utilize an inclusive and equitable management of resources, which, I believe is the core of the GRFC business model

4. Are there other statements relevant to your candidacy that member-owners should know?
I am passionate about making GRFC a physical reality. I believe GRFC is destined to be a vital system in the health of the Grand Rapids area.

Linda Jones, Co-President
​
1. Describe your involvement with the coop.
I have been involved with the co-op from the beginning. I am one of the co-founders along with Deborah Eid. I’ve been serving as co-president of the development circle. My role has included:
2. Do you have any other relevant experience?
My previous co-op experience includes living in a 100 person student housing co-op while I was a student at the University of Texas where I was head cook and chair of the kitchen committee. I also helped start a credit union for co-op members in Austin. My professional life was mostly spent as a public school music professional, church and community choir director. From these experiences I have gained skills to organize and inspire people to produce creative works of musical art together.

3. What should the coop's role to be in the broader community?
The cooperative business model seems to me to be the best way to create meaningful and systemic change in the way our economy is organized and our democracy is nourished. As a successful cooperative business that brings great food to the heart of Grand Rapids, strengthens our local food system, brings better food access to this part of town, and does it all as a grassroots effort of the people who will benefit from the store, we can show a better way to do business that includes everyone and empowers us to be able to make change democratically.

4. Are there other statements relevant to your candidacy that member owners should know?
My passion lies in envisioning creative and systemic change that brings our community closer to the ideals of social justice, equality and true freedom. I find that in order to see this change come into being, I am led to spend my time connecting people to people to build stronger community. I feel we can do this best together through cooperation and adhering to cooperative values and principles.

1. Describe your involvement with the coop. I joined the coop in February when I heard two people talking about the coop at an event. I soon realized that I wanted to be involved in this project and play a small role in the impact it would have on this community.

2. Do you have any other relevant experience? My other experience includes: 3. What should the coop's role to be in the broader community? Everyone has the right to eat healthy food and to experience economic security. GRFCI should be a driving force for that. In addition, GRFCI should also be a model of ethical behavior that other businesses can follow, regardless of their ownership structure.

4. Are there other statements relevant to your candidacy that member-owners should know? I have two things that I would like to add: 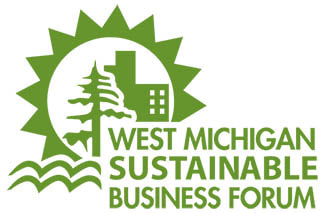